← more from
Six Degrees Records
Get fresh music recommendations delivered to your inbox every Friday.
We've updated our Terms of Use. You can review the changes here.

Light of a strange day 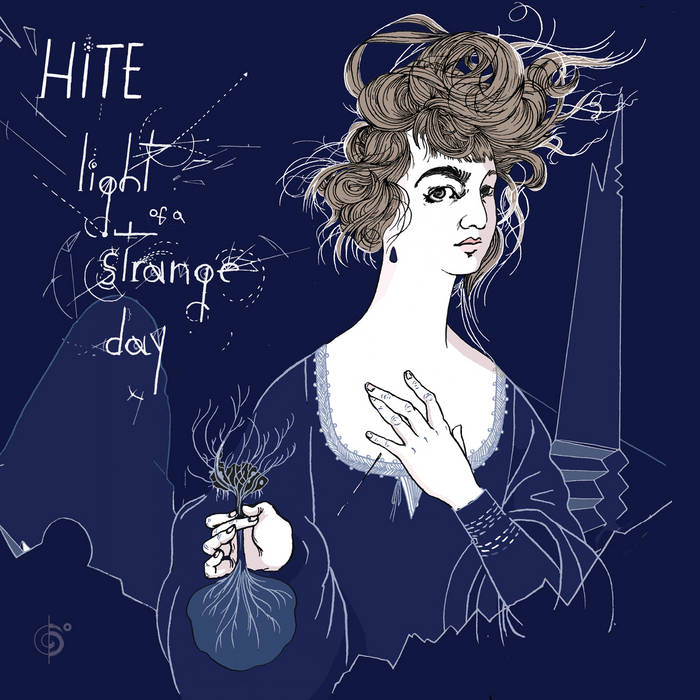 Daniel Golcher Julia's voice is such a delight. The arrangements, the execution such a joyful folksy and heartfelt offering. I've selected Hattnaru but any song here could be listed as my favourite. Favorite track: Hattnaru.

Lovely and unsettling. Brightly arranged and shot through with darkness. Rooted in folk yet still using the language of art rock and electronica. In her striking debut album Light Of A Strange Day, the artist Hite revels in these contradictions.

Hite is someone we’ve met before: she is the singer, multi-instrumentalist, and producer Julia Easterlin, who collaborated with the famed Malian guitarist Vieux Farka Toure on their album Touristes.

The new moniker marks a new direction for Hite: as Julia Easterlin, she made her initial reputation by looping and layering her voice to create her music. On Touristes, she began to move away from what she calls “the looping artist pigeonhole.” This record, Light Of A Strange Day, she says, “is a natural progression, away from loops and into more flexible, expressive forms of storytelling.”

Hite is New York-based, but she grew up in Georgia. “I grew up hearing a lot of southern Appalachian folk music,” she explains. “Maybe that doesn’t seem to fit with Björk and the rest of the things I listen to, but when I open my mouth to sing, one of those two things comes out.” In the process of arranging these songs, sometimes both of those styles share the same space.

Working with the multi-instrumentalist and producer Shahzad Ismaily (Lou Reed, Carla Kihlstedt, Marc Ribot, Sam Amidon, etc.), Hite began to flex her muscles as a producer and arranger. “I’d been in the studio with other producers before,” she says, “and I was always the only woman in the room. Without fully realizing it, I often conceded creative decisions to whatever guy was at the recording console.” But Shahzad encouraged her to trust her instincts – with the result that a lot of the songs on Light Of A Strange Day are first takes, and the arrangements were often done on the fly, a layer at a time. The resulting debut album is as unique as it is assured, a work that points towards the emergence of an exciting new musical voice.

Bandcamp Daily  your guide to the world of Bandcamp